In Christian tradition, classic texts are those which occupy a privileged place in the community’s memory, response to and reception of the Gospel. They are committed texts with a specific ‘take’ on revelation and invite the reader to engage with this same commitment in the context of their own personal understanding and experience of faith. Thomas Merton’s New Seeds of Contemplation is such a text and I’ve been revisiting it over these past few days here in Japan. It was among the first Christian texts that I ever read and remains a touchstone in the tradition.

For those new to his work and person, Merton was one of the great spiritual masters of the twentieth century, an American who came to Catholic faith in his twenties. Not long after, Merton entered a Cistercian monastery, Gethsemane Abbey in Kentucky, and then, almost by accident, penned a best-selling autobiography Seven Storey Mountain which brought him into a limelight he could not have anticipated and did not seek out (Merton would reflect, “The logic of worldly success rests on a fallacy: the strange error that our perfection depends on the thoughts and opinions and applause of other men! A weird life it is, indeed, to be living always in somebody else’s imagination, as if that were the only place in which one could at last become real”).

Merton would go on to assume the role of novice master for his Order, publish widely on prayer, contemplation, monasticism and social issues, and became a prolific correspondent with intellectual and spiritual luminaries within the Church and beyond it. He died in Bangkok on the 10th December, 1968, at the age of 53, electrocuted by a faulty fan while attending a monastic conference. His body was flown home with those of dead U.S. servicemen.

Published in 1962, New Seeds of Contemplation is the coalescence of Merton’s ever-maturing reflection on the contemplative experience of God as the realisation and ground of identity. Commenting on previous drafts of the work, Merton would remark,

In New Seeds of Contemplation, Merton gives voice to themes that he elaborated and refined throughout his life’s work, particularly the identity of the ‘true self’ hidden in God and the profundity and need of solitude.

According to Merton’s spiritual itinerary, the discovery of authenticity in Christ begins not with an awareness of what lies at the end of the road but with a recognition of the obstacles that block its very beginnings. He describes the fundamental obstacle to maturity as the dominance of the ‘false self’, also described in New Seeds as the “the smoke self”, “the empirical ego” or the “routine self” which takes itself seriously but does not even exist (New Seeds, 38, 281, 16).

This illusory self is the product of our own pride and self-determination, for unlike animals and trees which give glory to God in being themselves, we are at liberty to be real or to be unreal, “We may wear now one mask and now another, and never, if we so desire, appear with our own true face” (New Seeds, 32). Layered with selfish desire and defensive mechanisms, we can be imprisoned within fictions of our own making:

I wind experiences around myself and cover myself with pleasures and glory like bandages in order to make myself perceptible to myself and to the world, as if I were an invisible body that could only become visible when something visible covered its surface. (New Seeds, 34-35).

This propensity to construct and find assurance in superficialities includes the caricature of the ‘good Catholic’ and a heroic sense of spiritual achievement. In this critique, Merton was ever conscious of the ability of the false self to appropriate even religion or ‘spirituality’ as a secret means of control and separateness.

Moving to the discovery of the true self, Merton identifies solitude as the pathway to true identity. As theologian David Ranson underlines, Merton would maintain that within each one of us is a solitary dimension, a dimension not to be afraid of or done away with but entered into for this is the monastic ‘cell’ in which God is most deeply encountered. There is a need for this solitude in our lives, not as a rejection of others or the world, but as a school in which we learn to be ourselves before God. Only then can we embrace and relate to others clear of the selfishness, need for possession and validation which characterises our insecure times. It is solitude that is the doorway to the contemplative experience in which God discovers Himself alone in us, not crowded out by idols on which our hearts have become set.

What is more, the experience of authentic solitude is for Merton fundamentally Trinitarian, for God “infinitely transcends every shadow of selfishness… He is at once infinite solitude (one nature) and perfect society (Three Persons). One Infinite Love in three subsistent relations” (New Seeds, 68). By this Trinitarian focus, Merton implies that the true solitary is not an individual, imprisoned in a dream of separateness, but a person deeply related to others.

Contemplative solitude, then, is not our own, and leads the pilgrim beyond all limitation and division: “He has advanced beyond all horizons. There are no directions in which he can travel. This is a country whose centre is everywhere and whose circumference is nowhere.” (New Seeds, 81). Even the monk or hermit does not enter into solitude for his own purposes but in relationship to and for the good of others, for the Church and the world in which he remains embedded, inseparable and even necessary.

In the depths of solitude, often experienced in prayer, the movement toward authenticity comes by way of a self-emptying or kenosis: “a man cannot enter into the deepest centre of himself and pass through that centre into God, unless he is able to pass entirely out of himself and empty himself and give himself to other people in the purity of a selfless love” (New Seeds, 64). This selflessness, however, is only possible to the extent to which we are enjoined to Christ as it is he who first gave himself for humanity and makes that kind of self-giving love possible, “I become a ‘new man’ and this new man, spiritually and mystically one identity, is at once Christ and myself… This spiritual union of my being with Christ in one ‘new man’ is the work of the Holy Spirit, the Spirit of Love, the Spirit of Christ” (New Seeds, 158).

Merton concludes that as long as there is an “I” aware of itself and its contemplation, an “I” that can possess a certain “degree of spirituality” then we have not yet passed into the fullness of contemplation, the fullness of Christian life itself (New Seeds, 292). Ultimately, the mature Christian has no psychological individuality or even self-conscious biography; all the shadows of self-assertion end at an interior death which, paradoxically, and in the light of the paschal mystery, emerges as the very beginning of a real, authentic life.

We can see that there is little sentimentalism in Merton’s writing and much challenge. In texts such as New Seeds of Contemplation we hear a robust call to purify our desires and to meet head on the ‘spiritual deaths’ that lower the ego and allow the emergence of the true self to take place. In this respect, the Christian life unfolds as ‘revolutionary’ though not in the sense of accelerated progress or an aggressive, suprahuman evolution. As Merton affirms,

… the burden of Christ’s Cross, that is Christ’s humility and poverty and obedience and renunciation… this is the most complete revolution that has ever been preached; in fact it is the only true revolution, because all the others demand the extermination of somebody else, but this one means the death of the [person] who, for all practical purposes, you have come to think of as your own self. (New Seeds, 144).

Merton reminds the Christian that the gift of faith is not an escape or an evasion but a project of deepening integration in our identity in Christ, one which carries with it a greater responsibility for the world and not less. 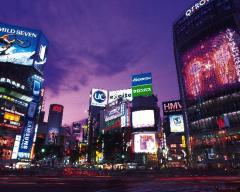 Our life in Christ is not any more abstract or comfortable than life as we now know it, nor is it found in the sublime stories, private or collective, we tell about ourselves. The inheritance we receive from the writings of Merton is the decisive possibility of freedom and authenticity in faith, being who we have been made to be. It is an existential summons to unlock ourselves from the inside, from the imprisonment of our own private illusions and the masks that operate, as it were, ‘behind the Gospel’s back’. The path back to ourselves begins with an interior solitude that can be found even among the exterior noise and din that fills the world. Writing from Tokyo, a city of fourteen million, among the machines, lights, and appeals of the salesman, this pilgrimage seems more important than ever.

5 thoughts on “solitude with thomas merton”