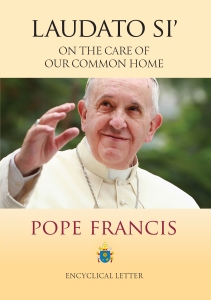 Pope Francis’ encyclical on the environment has arrived, preceded by extraordinary anticipation and suspense on account of at least two factors – the extraordinary influence exercised by Francis as global leader as well as the highly politicised nature of the environmental debate, a politicisation of which Laudato Si is acutely aware and critical.

This new encyclical forms a part of Catholic Social Teaching, that body of doctrine stretching back to Pope Leo XXIII’s Rerum Novarum (1891) and more recently Pope Benedict XVI’S Caritas In Veritate (2009). This tradition affirms the scope of Catholic theology as embracing not only the God of Christ in the Holy Spirit but all things as they relate to God – the common good, human solidarity and dignity, the role of government, the work of peace, the preferential option for the poor and yes, ecological stewardship.

From its outset, Laudato Si reads as fresh and consequential, bringing together with deftness the two central concerns of Pope Francis’ papacy – care for the vulnerable and reverence for creation. Sure enough, this unity echoes the mysticism of Francis’ thirteenth century inspiration and forebear, the ascetic friar of Assisi.

After an initial reading I would propose the following: if Evangelii Gaudium implored Catholics to go out into the world in mission, it can be said that Laudato Si invites the whole world into a catholic view of things, to recover, quite literally, the organic unity of all that is under the love of one Father who is God (LS 238).

Hence, the encyclical relates without hesitation issues of environmental degradation to the destruction and marginalisation of the vulnerable, including the unborn; affirms the light of faith in dialogue with politics and philosophical reason; delineates lines of dialogue and action at both the international and domestic level; while it ultimately posits the need of deep ecological conversion expressed in the reform of structures (of food and energy production for instance) which will in turn be grounded in a deeper, radical conversion of understanding toward an appreciation of life, all life, not as self-constructed or an object to be used or controlled but in its fundamental character as gift (LS 11).

Other initial observations include the ecumenical spirit of the document, incorporating as it does the teachings of Ecumenical Patriarch Bartholomew, the “Green Patriarch” who is spiritual leader of the Eastern Orthodox Church. As well, the document cites with noticeable regularity the teaching of episcopal conferences from around the world (even the Australian bishops rate a mention in article 153) and this expresses the collegial way in which Francis views and exercises his Petrine ministry. The degree of specificity with which ecological issues are treated is remarkable, extending from the implications of genetically modified foods to the situation of international governance and institutions in face of growing transnational corporations which prevail over the political (LS 133; 175).

As for the manner of the encyclical, Laudato Si does not simply assert but explains the causes and consequences of ecological crisis at length and in so doing educates rather than pronounces to its audience which extends well beyond the Catholic fold. Like Evangelii Gaudium, this new encyclical is not brief and demands repeated readings, however its language and structure is noticeably more refined and disciplined than its charismatic predecessor and so well suited for a broad audience.

An Overview of Francis’ ‘Green’ Encyclical 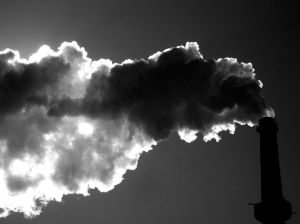 Laudato Si is divided into six chapters, beginning with 1) an appraisal of the environmental crisis which we have brought upon ourselves, 2) an affirmation of the ways in which faith brings light and responsibility to this situation, and 3) a firm identification of the human origins of this crisis dominated by an emphasis on what Francis describes as a “technocratic paradigm” (to which we will return later). The second half of the encyclical promotes 4) a deeper, integral ecology which treats the environment not in an extrinsic way, as merely the backdrop to human activity, but as integral to the future of humanity, 5) advocates a global, authentic and practical response to ecological degradation before concluding with 6) an emphasis on the type of education, moral and spiritual formation required to overcome our self-imposed paralysis on the environmental issues of our time.

Inevitably this vast material will fall victim to selective readings, to narrow interpretations of which the encyclical itself warns, the pontiff noting with cognisance of post-modern culture, “the fragmentation of knowledge proves helpful for concrete applications, and yet it often leads to a loss of appreciation for the whole, for the relationships between things, and for the broader horizon, which then becomes irrelevant” (LS 110).

The comprehensiveness of Pope Francis’ thinking in Laudato Si will certainly be lost to those who seek to bend his thought on the environment to serve political ends. His critique of the “deified market” (LS 56) and the “modern myth of unlimited material progress” will rile those who place their faith in unbridled capitalism. However, there is little sympathy for progressivist ideologies either, including the veneration of relativism, a disorder “which sees everything as irrelevant unless it serves one’s own immediate interests” (LS 122). For Francis, both the magical conception of the market as saviour and practical relativism lead to human irresponsibility, short-termism and a cult of unlimited power that has degraded the natural environment and human society with it. So, there is challenge here for everyone.

To summarise, the central thesis of Laudato Si is that natural conditions of constraint have been met by an insatiable human appetite for accumulation and reckless models of development, driven and underpinned by a technological mindset whose fundamental error is the idolisation of the self.

An “irrational confidence in progress and human abilities” (LS 19) has led to the destruction of the natural environment on a scale which is unprecedented (“things are now at breaking point” LS 61), and contemporary responses have ranged from denial or indifference, resignation or else naïve confidence in technical solutions to an ethical crisis which calls not for more technological application but a restoration of relationship with nature and one another as ecological citizens (LS 14).

Without apology, Pope Francis tackles the realities of climate change and its human causes which, as it carefully puts, “produce or aggravate it” (LS 23). In recognising anthropogenic causes of climate change and warning of worldwide vulnerability to locked in patterns of resource use, the plight of the poor are at the heart of the Pope’s concern. It is the most vulnerable on the planet, those who depend most of all on the earth for their life, culture and community, that are most immediately put at risk by ecological degradation. Hence, the pontiff concludes that a “true ecological approach always becomes a social approach; it must integrate questions of justice in debates on the environment, so as to hear both the cry of the earth and the cry of the poor” (LS 49).

It is in concert with the Pope’s emphasis on mercy, and his Latin American roots, that what is privileged in this outlook is the suffering subject who finds themself at the mercy of an instrumental view of nature and human history.

Proponents of ecological hermeneutics, a movement which has significant momentum in Oceania, will be glad to see the magisterium apply a hermeneutic of suspicion to a reading of Scripture that which would legitimise the exploitation of nature on the basis of man’s “dominion” over the earth (LS 67).  Instead, a relationship of mutuality between human beings and nature is affirmed as an integral dimension of the Judaeo-Christian tradition with reference to an array of biblical texts. 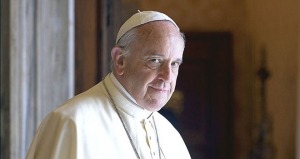 The third chapter of Laudato Si homes in on the human roots of the ecological crisis, and Francis here isolates the “globalisation of the technocratic paradigm” (LS 106) as the fundamental cause of the unsustainable predicament we face. This paradigm involves an ethic of possession, mastery and transformation that inevitably leads to a confrontational relationship between persons and between persons and nature with technology the means of our domination over each other and reality. This is seen no more clearly than in the destruction of the unborn, with the Pope asking the question, “How can we genuinely teach the importance of concern for other vulnerable beings, however troublesome or inconvenient they may be, if we fail to protect a human embryo, even when its presence is uncomfortable and creates difficulties?” Citing Benedict XVI, Francis concludes, “If personal and social sensitivity towards the acceptance of the new life is lost, then other forms of acceptance that are valuable for society also wither away” (LS 120). Objective truth and universally valid principles are today swept aside by the arbitrary use of technology as the blunt tool of human control and possession, as a means of rejecting that which is not convenient, profit-making or of utility to our private whims. It is no wonder then that the environment falls victim to that same myth of “progress” that erases the most vulnerable from view and even from life itself.

It is worth noting the broader implications of the “integral ecology” that Pope Francis is urging us towards in Laudato Si. The Pope includes ourselves, humanity, firmly within and not outside an integral ecology and so issues such as work, the dignity of the body, a common good that extends to future generations, this total “human ecology” is relevant to our care of creation. It is an authentic anthropology, one that holds faith and hope in the capacity of humankind to rise above itself (LS 205), to transcend isolation and find communion in truth and love that will lead us to the renewal of our relationship with the environment and other living beings.

To conclude this initial overview of Laudato Si, Pope Francis suggests that at the core of the ecological crisis is the crisis of the human heart. The remedy for this disordered desire that shapes so many, a desire that feels “unable to give up what the market sets before them” (LS 209) is the formation of a new heart and the retrieval of an “ecological equilibrium, establishing harmony within ourselves, with others, with nature and other living creatures, and with God” (LS 210). As the pope reminds us “we have only one heart” (LS 92) and its conversion from self-interested pragmatism will have salvific consequence for the environment as well as for each other.