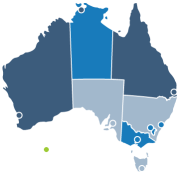 The Catholic Church now takes in a quarter of the Australian population (25.3%). It includes parishes, religious institutes, ecclesial movements, schools, tertiary institutions, hospitals, aged care facilities, social support services and various other expressions of Catholic identity and mission. For those engaged in the day-to-day activities of the Church, it is obvious that there is much to celebrate about the contribution and mission of the Church in Australian society. However, as will be recognised below, it is not all good news (if it ever was) and each of us is left to engage with the work yet to be done.

As intimated in my last review of the Australian scene, while statistics should never alone determine pastoral initiatives they do provide a helpful context in which good decisions can be made for the future. Ignorance of the sociological realities of the Church can lead to planning and decision-making ‘in the air’, a choice which can exacerbate problems or else leave potential unrecognised and unfulfilled.

It won’t be a surprise that even the statistical realities of our Church can be contested. This is because there will be an element of selectivity in the data we choose to focus on and varying interpretations of that data depending even on our theological positions or presuppositions. These include the proper relation of the Church to the world, the meaning, purpose and expressions of Catholic mission, and the ultimate goal of Catholic education to name only a few.

For instance, we know from the most recent census that 52.8% of Catholic students attend Catholic schools. What does this say about ourselves, our schools and their role in the support of Catholic faith and families? What are the pastoral implications of the 10.8% of Catholics aged over 15 who are divorced or separated in our midst? Then, 35.3%, more than a third, of all Australian families have at least one Catholic within the family. Assessments about the potential or decline signalled by these statistics for our Church will be, in part, determined by our assumptions and priorities.

While some basic figures have already been outlined, below are further points of interest, some of which trace change within the Church over the past two decades or so (1991-2011). These might be of interest to priests and parishes, pastoral planners, adult educators, ministry groups and even students in their assessment of the scene here in Australia.

Effective planning in our Church can only begin with a plain recognition of the present reality and discussion about the implications of these statistics for our pastoral practice. While it is not uncommon to meet people with ‘the solution’ for all of the Church’s woes and the keys to its potential, the reality is far more complex than imagined. It follows from this that the appropriate responses will be anything but one-dimensional.

While an acknowledgement of the facts can be difficult to hear, as we know in this wintry season for the Church, they create a sense of urgency and open communities to accepting change. We cannot build a future and fulfil the mission God has given to us on the basis of illusions we hold about ourselves. As the English theologian Nicholas Lash would remark, “If you leave Calvary behind, you move, not into paradise, but fairyland.”

The contemporary statistics for the Australian Church are alarming but they are not a dead end. Instead, they invite the renewal and conversion that is the opportunity and challenge for disciples of every age.

One thought on “the state of the Australian church (part II)”